Should You Have an Arbitration Clause in Your Agreement? - Hakim Law Group

Should You Have an Arbitration Clause in Your Agreement? 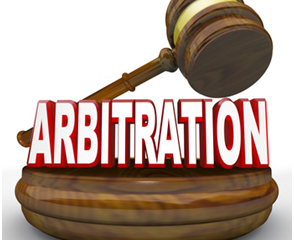 Posted in
Posted by Staff
0 Flares Twitter 0 Facebook 0 LinkedIn 0 Filament.io 0 Flares ×
Many types of contracts have an arbitration clause, but should you include one in yours? Arbitration is a type of dispute resolution that happens outside of the courtroom when two parties come to a crossroad over a contract dispute. The ruling of an arbitrator can have the same weight as the ruling of a judge. Arbitration can be either voluntary or mandatory, which comes with advantages and disadvantages. Hence, it is of utmost importance that you consult with an experienced business attorney in Los Angeles before taking any action and include an arbitration clause in your next contract. The following are some of the major pros and cons of having a mandatory arbitration clause in your contract.

Consequently, an award in an arbitration proceeding is rarely overturned, even if the evidence does not support the result.

If you decide to have an arbitration clause in your agreement, it should specifically set forth how the arbitrator will be chosen and the parameters of the arbitration. It is important to weigh the advantages and disadvantages when deciding on having an arbitration clause in your agreement. For further information or to schedule an appointment with Afshin Hakim of The Hakim Law Group, one of the leading business law firms in Los Angeles please contact us at 310.993.2203 or www.HakimLawGroup.com.