Shareholder Distribution by California Corporations: Important Restrictions and Standards You Need to Know 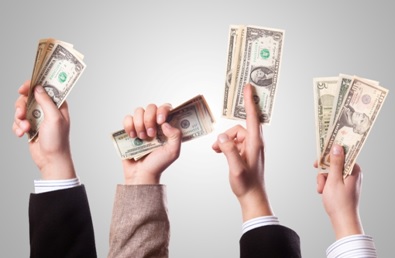 In 2011, the California Legislature amended the California Corporations Code to add a value component to the statutory test governing distributions to shareholders. These changes were meant to simplify and modernize the guidelines for California corporations to follow when distributing dividends. As the best corporate attorney in Los Angeles will tell you, these changes create the potential for new risks and rewards for investors.

These changes to the law, found in Sections 500-509 of the California Corporations Code (the “Code”), deal with corporate distributions including cash or property dividends and share repurchases or redemptions.

Of all the changes to the Code, the test for distributions stands out. Before 2011, the law demanded a relatively rigorous standard commonly referred to as the “balance sheet and liquidity test” to determine whether a distribution was proper under the law. A corporation was required to satisfy both a solvency test and either a retained earnings test or a two-pronged balance sheet test before distributing any dividends to shareholders.

Before diving into the specifics of this standard and the impacts of the recent changes, it is important to understand why the restrictions exist in the first place. Although rigorous and often bordering on inflexible, an experienced corporate attorney knows the rules protect both the corporation, its shareholders, and its creditors.

Because corporate directors are personally liable for any improper distribution, a board could easily rely on the older, more objective standard to protect themselves from liability later on. Additionally, the restrictions were put in place to protect a company’s creditors from any self-serving activity by a board of directors designed to divert limited capital to the shareholders and thereby leaving the cupboard bare when it came time to pay the bills.

One element of the Code unchanged by the 2011 amendments is the requirement for a general solvency test, a threshold determination as to whether or not the corporation can make a distribution of any kind. Common sense suggests a business shouldn’t distribute dividends it cannot afford to pay, but this portion of the Code codifies that common sense into law.

After meeting the requirements of the general solvency test, the corporation must pass either a retained earnings test, which was already on the books before the 2011 amendments to the Code or a new simplified balance sheet test.

The key word here is “value.” By allowing corporations and quasi-corporations some leeway in the way they assign a value to assets, there is substantial flexibility in the distribution of dividends than under the previous version of the law. This value component is both a blessing and a curse for boards of directors, as they can still be personally liable if the value determinations they make are later found to be unreasonable.

These new guidelines create both opportunities and pitfalls for investors, heightening the need for expert legal counsel to protect you. Before making a substantial investment, consider contacting the best corporate attorney in Los Angeles – Hakim Law Group- to guide you through the process. For further information, inquiries or to schedule a consultation please contact HLG at 310.993.2203 or visit www.HakimLawGroup.com.