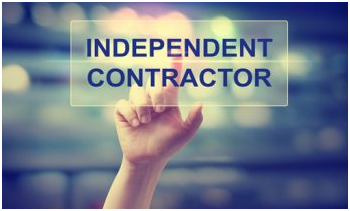 Although all employers should be alert to this decision, the Court did limit its holding to issues raised under Industrial Welfare Commission Wage Orders, which covers overtime, minimum wage, and breaks.

Part A
In the first part of the test, the hiring entity must prove that there is an independent contractor agreement in place that contains language declaring that the worker shall maintain control over the performance of the work. In addition, the entity must also prove that the worker does, in fact, have control of the work on a day-to-day basis.

Part C
The third and final part of the test considers whether the worker is “customarily engaged” in an independently established business of the “same nature” as the work performed for the hiring entity. Specifically, the Court suggested that an inquiry must be made into whether the worker has decided to “go into business for himself or herself.” It is not enough that the employer has allowed the worker to provide similar services elsewhere.

If a hiring entity fails to prove one or more prong of the test, it could face serious ramifications for misclassifying its workers. Specifically, California misclassification carries statutory penalties of $5,000 to $15,000 for each “willful” violation. Misclassifications can also result in liability for back wages, penalties, and other applicable fines.

Businesses all across the state should conduct re-evaluations of their independent contractor relationships. If you are an employer and have questions about proper classifications of your workers, contact Afshin Hakim of Hakim Law Group, a leading business lawyer in Los Angeles, who can provide you with the proper guidelines of employee classifications, and help prevent any future issues. To schedule an appointment please contact HLG at 424.299.8913 or visit www.HakimLawGroup.com to learn more.